Once upon a time in Killeen, Texas there was a young maiden named Erin Shephard who had a full-time photo-retouching job, and a hobby. Her hobby was that of an amateur photographer doing what she calls “pin-up” photography: vintage-style portraits that are recreations of classic 1940’s and 1950’s pin-up artwork. That’s what you call niched, right?

And a hobby it remained until 18 months ago, when Erin decided to enter the magic kingdom of Facebook. She created a Facebook Page for Lone Star Pin-up, the name of her, up until then, hobby. Erin would frequently post her unique vintage-style portraits on the page. When she reached 100 likes, Erin decided to run a contest and have fans vote on their favorite photo by commenting on only one photo. Like magic, her page grew to 1500 fans. That’s when she started booking local photography shoots.

The Lone Star Pin-up page kept growing and growing and reached 5000 fans last September. She decided to have a calendar contest and grew her page even more (she’s now up to 15,000+ fans). Demand for photography session bookings continued to increase and that’s when Erin decided that there could be something more to this pin-up story.

What was once a hobby became a full-time business. In October of last year, Erin opened the Lone Star Pin-up studio in Killeen. Everything seemed like a fairy tale. Facebook and Lone Star Pin-up would live happily ever after. But, alas…

One day, just when everything seemed perfect, someone flagged 25 of Lone Star Pin-up’s photos. Erin suspects this was the work of a disgruntled person or group of organized persons. Whether it was or not, Poof! The Lone Star Pin-up Facebook page with 15,000 fans disappeared. The date was December 13th.

An Appeal to The Magic Genie

Erin’s policy is that she never posts nudity on her website and Facebook page. In fact, she doesn’t ‘even shoot nudity. She considers her work to be tastefully sexy. In her opinion, there was no reason for the photos to be flagged. Have you seen the Victoria’s Secret Facebook page? So, she decided to take her case to Facebook. But to whom do you take your case in the mysterious kingdom of Facebook? It appears to be this form: 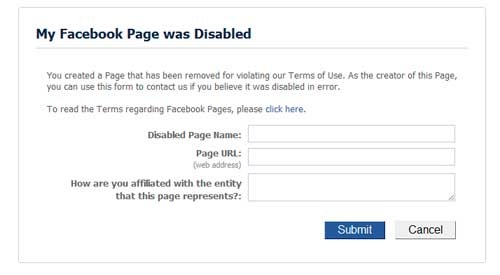 15,000 fans and all you get is this stinkin’ form? Luckily, while searching online forums, Erin found the email address of someone who works for Facebook. Hopeful, she fired off an email and got a response…from someone else. His name was Mack, and Mack said: “Once a page is gone, it’s gone.” What? Is this the end of our tale?

Erin would not accept a “The End” reply from Facebook, so she kept on emailing Mack. He stopped replying. Rumor has it he was turned into a frog by the Wicked Witch and lost his ability to email, but this cannot be confirmed.

Defiantly, Erin created another Lone Star Pin-up Facebook page. 20 photos were flagged almost immediately and her entire account was frozen, not just her page, her entire account! It seems the Big Bad Wolf had won. 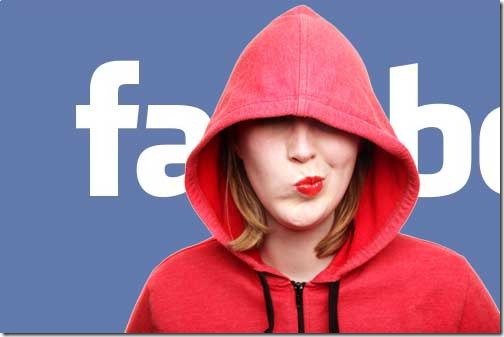 Not giving up, Erin continued to plead her case. She appealed and had her personal account reinstated. She tracked down other email addresses and reached out to various individuals at Facebook for one full month. Then one morning in mid-January, the prince kissed Sleeping Beauty. Lone Star Pin-up, the page with 15,000 fans, returned. Apparently, Mack was wrong. All is well again in the land of Lone Star Pin-up… Not so fast.

Where Does it End?

Two days ago, Erin posts a Photoshop’d photo of her pillow-fighting herself. Cute and fun. Not according to Facebook, which sent her this message:

It seems the photo violated Facebook’s policy of not posting photos of “self harm.” You can’t write fiction like this.

It’s not likely that this saga will end anytime soon. There appears to be an organized effort to huff and puff, and blow the Lone Star Pin-up house down.

There are more than 500 million Facebook accounts, over 3 million business pages, and approximately 2000 Facebook employees. We don’t know how many of them are assigned to the customer support department with Mack. It doesn’t seem to be too difficult for an organized effort of malcontents to bring down a Facebook page.

Facebook can be an awesome, free tool for local businesses. It can even launch a business like Lone Star Pin-up. However, you have to understand that when you play in Facebook’s fairly tale, Facebook owns your story. You own nothing on Facebook. The solution is to own your own fairy tale.

That’s what Lone Star Pin-up has begun to do. Erin has created a blog on her website, where she will begin posting her photos. And the potential is actually greater because she will be able to attract more search engine traffic and collect email addresses.

You might also be interested in:
How to Get Fans for Your Facebook Business Page
Facebook for Business: Seize Your Opportunities
The Science and Art of Your Facebook Posting Strategy
Don’t miss out on free marketing advice. For updates on new articles: Receive The Marketing Spot by Email or subscribe in a blog reader.
Share on Tumblr
← Fundamentals of Business: Customer Choice
Know Your Website Hosting Options →