Patton and the Fruits of Fearlessness
By all accounts General George S. Patton was fearless. His bold and aggressive tactics led to a victory over Erwin Rommel, “The Dessert Fox” in the North Africa campaign of World War II.

Patton then took part in the Normandy invasion and was placed in command of the U.S. Third Army. Using the German’s own “Blitzkrieg” techniques against them, his rapid and fearless advances helped liberate France. He was given the nickname “Blood and Guts” for his unrelenting drive and ferocity. 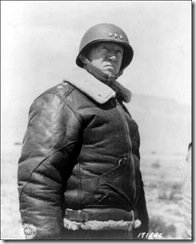 You would have thought this fearlessness would be dangerous to those around him. On the contrary: it is estimated that Patton’s Third Army was responsible for an amazing fifty-five percent of all Germany’s causalities. The enemy lost an estimated 1,280,688 captured, 144,500 killed, and 386,200 wounded, adding up to 1,811,388 casualties. By comparison, the Third Army under Patton suffered 16,596 killed, 96,241 wounded, and 26,809 missing in action for a total of 139,646 casualties. An astounding 13:1 ratio!

He was also immortalized by George C. Scott in the 1970 movie Patton, for which Scott won the best actor Oscar. General Patton has a park named for him at his old summer home of Hamilton, Massachusetts in which reside two statues commissioned and donated by the French. He has a museum. Two army installations and a series of tanks were named after him. He is even immortalized in stained glass at the Episcopal Church of Our Savior in San Gabriel, California.

Elphinstone and the Disaster of Cowardice
By all accounts William Elphinstone is one of the biggest incompetents in military history. And he may be the most famous coward of all, yet you have probably never heard of him. In late January of 1842, Elphinstone commanded the British troops in Kabul, Afghanistan. Yes, trouble in Afghanistan is not new. Elphinstone’s cowardice and lack of fearless action resulted in the massacre of 16,000 troops and civilians. What led to this? 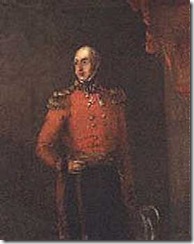 In November of 1841 Afghan insurgents stormed a British official’s home and murdered the official and his staff. Elphinstone took no action in response the incident, encouraging further revolt. Then, while trying to negotiate a retreat, the State Secretary was murdered at the meeting and his body dragged through the streets of Kabul.

To the utter horror of all his officers Elphinstone again ignored the murder and instead signed a capitulation on January 1, 1842, which had some unfavorable conditions. For example the British troops had to hand over their gunpowder reserves, their newest muskets and most of their cannon. However, the Britons were promised a safe retreat, and the troops and civilians. Those promise were made to be broken.

Elphinstone and his troops left headed for what they thought was safety. The injured and ill people were left behind. When the last British soldier had left Kabul, their tents were set on fire and all those left behind were massacred.

As the British tried to escape through the mountain passes they were attacked. By the evening of of the next day around 3,000 of Elphinstone’s column had died; frozen to death or shot, or in some cases committed suicide. Elphinstone and his second in command, Brigadier Shelton, agreed to become hostages. It was possibly the most degrading act in British military history. Elphinstone and senior officers surrendered to save their lives, while their soldiers had to struggle on and face almost certain death.

Four days later the last of Elphinstone’s troops were killed. Out of more than 16,000 troops and civilians, only one man survived. And he survived with part of his skull missing. Elphinstone died as a captive

The fruits of cowardice are failure disaster.

Barney Fife and the Art of Self-Deception
Barney Fife was a fictional deputy sheriff in the slow, sleepy southern community of Mayberry, North Carolina. But he was always trying to be someone he wasn’t.

Barney was a blowhard with delusions of grandeur. He portrayed himself as an expert in practically every subject that popped up in conversation: Women, firearms, police work. But it was false bravado and just a big curtain behind which Barney hid his insecurities.

Barney Fife was an alarmist. In seemingly mild situations Barney would over react and over analyze. He would blow things out of proportion, and then concoct elaborate plans and enlist others to carry it out. He was legalist, he could spout off ordinances and penal codes from memory. He was emotional, wildly swinging from fear to panic.

Because of this, Barney, despite being a deputy, was only allowed one bullet for his gun. And he always fired it at the wrong time, sometimes injuring himself and narrowly missing others.

Rather than being himself and maximizing his own strengths, Barney pretended to be something that he wasn’t. He put up a facade that everyone saw through. And for that he earned no respect, no credibility, but a whole lot of ridicule. But people don’t like to do business with jokes. The only person Barney managed to fool was himself.

The fruit of pretension yields only self-deceit.

Apply these lessons to your marketing: Be aggressive and always move forward without fear. Never retreat or sacrifice others for self-interest. Don’t pretend to be someone you’re not. Be a fearless leader in your industry.

Still to come, the tools of fearless marketing: A Black Cocktail Dress, A Red Velvet Rope, and A Torpedo.

Related articles on Fearless marketing:
Lessons in Fearless Marketing From Mark Twain
A Reputation for Quality, and other meaningless marketing phrases.
Everyone Loves the Idea!