Sadly, the current tendency on the part of our industry’s brightest minds (including Luke Sullivan and others of my otherwise heroes) is to devalue the tagline. They argue that the tagline is obsolete, extraneous, an element to be dispensed with altogether.

“It’s just one more thing to cram in an ad”, according to Mr. Sullivan, “ . . . unless you’ve penned a ‘Just Do It,’ just don’t.” Roy Grace thinks.” . . .they’re usually a waste of time.” Neil French doesn’t equivocate: “They’re a complete waste of time and energy.” ”I hate using them and almost never do,” says Gary Goldsmith, “they’re just stuck on to please the client or someone in the agency.” And the current issue of Fast Company contains a piece by the Heath brothers, of Made To Stick fame, in which they launch a broad attack on slogans and taglines. The article is not without merit, but I was compelled to shoot off a letter to the editor taking them to task for the sloppiness of some of their reasoning.

All of these folks, I submit, fall victim to the same fallacy:

– Therefore, all taglines must be banished.

According to this reasoning, not just taglines, but advertising itself, and not just advertising, but art, literature, food, just about everything humans generate, must also be banished. When Mr. Goldsmith says about taglines, “I can’t think of too many that are very good.”, couldn’t he just as well be talking about ads or movies or American presidents for that matter? Remember, as Theodore Sturgeon points out, “90 percent of everything is crap.”

The Value of a Tagline

The point is that, like food, literature and art (and American presidents, I suppose), the tagline can be worthwhile, nay, invaluable. And more so today than ever. Because, as the explicit sell becomes less present in ads, the presence of the tagline becomes more essential. It is often the sole bearer of the brand’s message.

The fact is, taglines, good taglines, do important work that no other element in an ad can do. They can punctuate, crystalize, urge, intrigue, energize, raise the bar, and, most important, provide the crucial barbed hook at the very end of the advertising experience—that memorable little brand byte that sticks with you when everything else within the ad has faded from memory. This has been true since before Better Buy Buick and There’s Always Room For Jell-O. And it’s no less true today.

When you think about it, for at least the last 75 years, no single advertising aspect or element has been more valuable, more powerful, more engaging than the tagline (with the possible exception of the jingle, also out of favor, and which very often is, or features, a tagline put to music.)

People remember taglines for products from their early childhood. In fact, some taglines become so entrenched in the culture that they are familiar to people who hadn’t even been born at the time the tagline was active, and who never used the product.

When a brand is born, it very often suckles at its tagline teat. When a brand dies, the legacy it leaves, if any, is usually the tagline. (To cite just one of countless, if ancient, examples, when Standard Oil was supplanted by Amoco, and then by BP, what did people retain of the original brand? You Expect More From Standard, And You Get It.) Granted, those of us who still retain that tagline are starting to die off, nevertheless, it far outlived the brand.

Why? Because no other element has the potential to convey as much memorable, emotional stuff about the brand, with such eloquent economy. If the goal is to find a hook that will succinctly express your brand, and your customers’ attitudes toward it, nothing else works as hard as a tagline. No image, no headline, no oh-so-hip track, no punchline, no fancy shmancy filmmick, no celebrity spokesman, no viral video, no nothing sticks—and communicates— like a good tagline. In fact, it is often the tagline alone which makes sense of the words and/or images which precede it.

And while the tagline, on the surface, may describe or express the benefit or the brand bond, on a deeper level, the tagline can, itself, be a critical component of that very bond or benefit.

I would even argue that, whether it’s habit or goes deeper than that (as I suspect), the tagline satisfies a deeply engrained, inherent human desire to wrap things up tidily and with a twist.

This universally shared, hard-wired desire is often most acute in advertisers themselves. They just love that succinct, catchy, crystallized expression of what their brand is about. Aside from the corporate ego of it, a good tagline can help everyone in the company stay focused.

Satisfying this desire to wrap things up tidily and with a twist, by itself, may or may not be sufficient justification for using a tagline. But it certainly is, at a minimum, a happy by-product.

If you agree with even half of the above contentions regarding taglines, surely you must also agree that our task should not be to make taglines go away, but rather, to make them better.

There are at least two very simple reasons why most taglines stink. First, advertisers aren’t always clear as to what the tagline’s job is and isn’t. They often don’t recognize a good line when they see one, because it may not conform to their idea of a tagline. Perhaps because most of the taglines they see are formulaic in construction, and draw from a “tagline vocabulary” of about fifty words, especially in B2B contexts. You know, “Exceeding customer expectations by our responsive commitment to quality.” That sort of thing.

Which leads us to our second prime cause. The tagline is too often given short shrift in the creative scheme of things. As Jim Rowbotham points out, “Creation of persuasive, pointed taglines is largely virgin territory within marketing communications.” To solve the problem of so many empty, cliched taglines, we need to be lavishing far more time and attention on them, rather than abandoning them.

The Future of the Tagline

So, is it the end of the line for the tagline? I think not. If the tagline were no longer filling a need, it would have no survival value and would simply vanish. But taglines continue to dot the advertising landscape as they have throughout the course of advertising. The need is clearly still there. The task of advertisers and the tagline writers they rely on is to revalue the tagline, to dig deeper to find the nugget, the little piece of pith that rings true, that emanates from the true voice of the brand.

The point is, taglines are here to stay, and for good reason. Our environment is supersaturated with commercial messages. The need to be quick and “entertaining” in the broadest sense, is increasing exponentially. As advertising adapts to increasing pressure to communicate even more succinctly, and to up the entertainment value, the tagline becomes a more and more valuable means by which to achieve those ends.

Besides, like advertising in general, people love good taglines. They’re fun to apply in other contexts (How often do you hear Just do It or Don’t Leave Home Without It, or variations of same, in contexts other than Nike or American Express advertisements, like in comedy routines and as conversational quips? And how many plays on “Got Milk?” do you still see on T-shirts and the sides of trucks and so forth?

One final thought. If you are, excuse the expression, a small business owner, don’t think you’re off the hook, as far as doing due diligence to a tagline is concerned. Your business has (or should have) a brand, regardless of size. And I would argue that, for relatively smaller businesses, a good tagline can carry even more of the load in your marketing mix than for a big company. It’s a relatively economical way to, with one simple, infinitely adaptable little thought, differentiate, call attention to and position your brand big time. “In fact,” says small business expert Rhonda Abrams (rhondaonline.com), “a good tagline is one of the least expensive forms of marketing you can develop and use.”

CLOSING CAVEAT: Rather than trying to think of your own tagline, which probably won’t be great, seek out a tagline specialist. There are at least a handful of us out there. Invest in this potent piece of brand expression and stick it on everything. It will be worth its weight in talk value alone. 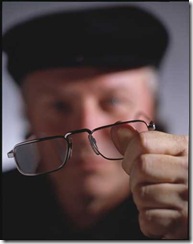 Jim Morris, The Communicaterer, is a freelance copywriter among whose specialties is the creation of taglines. Examples of taglines he has written can be found on his website, www.taglinejim.com

Related articles on taglines:
A Great Tagline is Your Best Brand Communication Tool
Your Signature (Tagline/Slogan)
A Reputation for Quality, and other meaningless marketing phrases.