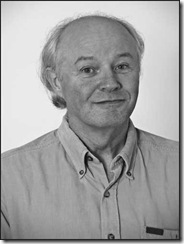 The short answer: There’s no such era.

There is a commonly held perception that the golden age of taglines is behind us. Looking back over the past 50, 60 or 70 years, there have indeed been many great taglines dotting the landscape. But perceiving that time, or some fraction thereof, as the era of the great tagline, is simply a function of our selective memory.

Time tends to compress history and all that forgettable stuff that fills our culture day to day is called forgettable for a reason. So we tend to remember the greatest tagline hits of the last half of the twentieth century, while forgetting the bulk of taglines to which we’ve been subjected. As a result, we’re inclined to look at all those great taglines clumped together in our memory and conclude that sometime back then in the past was the golden era, the hey day of the tagline.

If you look at the best taglines of recent times, none of which existed back in the 20th century, you will see that while taglines of this caliber come along relatively rarely in any given decade, you wind up with more or less the same quantity.

If you question this last assertion, it may be because it often takes more than a few years for a tagline to begin to be perceived as “great”. Wait another ten years, and then look back at the best taglines of 2000-2010. They will have grown in stature.

Of course, sweeping generalizations like the last couple I’ve put out there don’t do justice to the question. There are far too many variables that skew such decade-to-decade comparisons. For example, consider the accelerating proliferation of brands. Today there are some vast order of magnitude more brands (or at least companies that are trying to achieve brandhood) than 50 years ago, or even 20 years ago. Combine this glut of brands with all the laser-targeting, segmenting, slivering and slicing going on, and the opportunity, or even the desire, to create brands as ubiquitous and iconic as those great old 20th century brands, is diminished considerably. So a potentially immortal tagline may never get the exposure necessary for its greatness to be realized.

My concern is not with whether we will continue to see the occasional great tagline pop up or not, because I’m sure we will. There will always be some clients who value the tagline appropriately, and some good writers who practice the craft. As long as they can continue to find each other, great taglines will continue to be created.

My concern is that, for the remaining 98% of brands who may never enjoy a truly GREAT tagline, will they even aspire to that goal? Will clients do the work and spend the money to acquire at least a tagline that works hard? Will there continue to be many VERY GOOD taglines, lines that, while perhaps not immortal, still serve the brand well?

The Future of Taglines

1. We are well into the visual era. Language is currently in a period of devaluation. (This, obviously, is another sweeping generalization, and making the case for this contention is beyond the scope of this modest post.) One consequence of this devaluation of language is that the role of copywriter has “evolved”, that is to say, diluted, diffused and diminished. Copywriters are not cultivated as carefully as they had been in decades past. Fewer writers are being taught the craft of tagline writing, or its importance. So they tend not to care much about, or focus on, taglines.

The whole idea of an idea in advertising used to consist of a core, key, articulated thought that often took the form of a tagline, and was used as the cornerstone and starting point of an ad campaign. These days advertising ideas are often expressed more amorphously, and are more likely to have an image at the core, rather than a set of words. What pass for ideas lately are more like what I would call tactics, devices and execution-able elements. Copywriters spend lots of their time these days trying to think of how best to use the digital world, social media and the like, to get their client’s message out, rather than digging for that engaging set of words that will most powerfully express that message.

2. For decades, there have been, among advertising thought leaders, tagline detractors. Recently the anti-tagline chorus has been growing, and, not coincidentally, an increasing number of brands are choosing to go without any tagline. My hunch is that this is a pendulous trend, and will swing back in time.

3. With the proliferation of types of media, the slice of the “attention pie” reserved for taglines has been squeezed and encroached upon. The role of the tagline is evolving to adapt to all this attention competition. While this won’t spell the extinction of taglines, it may tend to further devalue them and diminish their prominence.

4. As marketing efforts become shorter in duration and quicker in turnover, the opportunity for any tagline to become entrenched in the culture has also diminished. The life expectancy of a tagline has been shriveling. As I alluded to earlier, the greatness of a tagline is partly a function of its longevity. Frankly, some “great” taglines were simply exceptionally irritating lines, often in the form of a jingle, that stuck around so long that, when they finally were retired, they became revered through the rose-colored lens of revisionist memory in much the same way that even the most reviled presidents are nominated for sainthood after they die. Fewer and fewer taglines are being given sufficient time to endear themselves—or irritate themselves—into the American consciousness.

5. Many, if not most, immortalized taglines have belonged to giant brands—global brands for the most part. Today, many of these mega brands have decided they need one tagline that will be function universally across all cultures and languages. Unfortunately, in order to create a tagline that translates so universally, the line must be so independent of a particular culture or language that, inevitably, the line will be terribly blandified. I’m not lovin’ this development. When you remove the power of vernacular and colloquialisms and other language specific to a certain environment, context, culture or subculture, much of the raw material from which great taglines are formed vanishes.

Despite all of these reasons, ultimately, I don’t worry too much abut the future of taglines because I know very well that, until our species evolves past relying on language, there will always be a need to communicate, with words, a brand’s differessence in an interesting, compelling, evocative way, regardless of the medium or the context. Brands that lose sight of this fact, as they are distracted by the shiny object du jour, will suffer.

And there is one huge reason for tagline optimism that trumps all the concerns listed above. Since all of the factors that affect the way we communicate today are trending toward the shorter, smaller, quicker and more compact, this technologically enabled cultural megatendency bodes very well for the future of the shortest, quickest, most compact of all brand expressions, the tagline.

Jim Morris is a tagline specialist. You can find him and his Long Story Short TagBlog at TaglineJim.com