Selling ice to Eskimos – it’s a cliché most entrepreneurs can relate to. Even if your product is super-cool it’s a challenge to take it from unknown to celebrity status. And what if you’re product isn’t super-cool – something more along the lines of a more effective toilet brush or a medication for toenail fungus? The task can seem so daunting you’d rather go live in an igloo somewhere and eat seal meat than have your career riding on the success of your marketing strategy. Check out the following marketing tactics that have worked in the past and see if they can help you sell your proverbial ice cubes:

Distract attention away from the product itself.

Sometimes the best tactic is to accept that highlighting your product on its own isn’t going to make anyone feel better about themselves. The Poise pads marketing strategy is an example of overshadowing and downplaying the product itself with a bigger-than-the-product element. Whoopi Goldberg is the lightning rod that attracts the attention in a campaign called “Great Women in History” in which Goldberg plays everyone from Cleopatra to the Statue of Liberty. Her humorous take absorbs the focus and makes potential consumers at ease about the product. Even on its website, Poise refers to incontinence as LBL for “light bladder leakage” to keep the real issue at a comfortable arm’s distance so consumers can consider the product with minimal squeamishness and embarrassment. And Whoopi is there for emotional support along the way.

A couple of years ago, my then-five-year-old twin nephews were singing up a storm. I thought it was strange that five-year-olds knew the Elvis song “Viva Las Vegas.” Only after a few minutes did I realize that what they were singing was “Viva Viagra.” Of course they had no idea what the meaning was, but they’d seen the rousing hoedown featured on a Viagra commercial during a NASCAR race on TV. Not only did the song make the product so innocuous that even kids could feel good singing about it, but its cheerful take made a positive association between the product and good times and fun-loving folks. A recognizable tune also has a way of sticking in your brain even if it’s not as charming as “Viva Viagra.” I don’t find the Activia digestive-regulating yogurt commercials all that compelling in the moment. But I’d be lying if I said I haven’t caught myself more than once humming the tune, “Activiaaaaa.” It’s catchy. It stays with you. And that’s the goal of marketing. Leave the consumer with something about your product that they can’t let go of.

Take away the taboo.

Sometimes with a product no one wants to talk about because it makes people uncomfortable, a bold response is to break down the taboo and take the discomfort out of the equation by facing the topic head-on. A recent marketing campaign for a local healthcare system features regular-looking folks asking embarrassing questions that they’d ask a doctor if they had the guts. One person asks, “I haven’t gone to the bathroom in over a week. Is that okay?” A man with a gut wants to know, “Is there any way to turn this keg into a six-pack?” The intent is to break down the barrier and encourage potential customers to face their fears and address their hard-to-discuss issues with professionals who understand. Another example is the K-Y ad campaign featuring before and after scenes of couple-next-door types enjoying great sex. The ads use humor to tackle a normally private topic and open the door of healthy suburban bedrooms to the K-Y products.

Are Dyson vacuums really better than the old boring models? It doesn’t even matter when people start saying they WANT a vacuum for Christmas. Typically people don’t want to spend money on something so mundane that involves – ugh – cleaning. But add a sophisticated European dude in hip eyeglasses with a smooth-as-silk foreign accent and a cool and colorful design over the old clunky models and suddenly vacuums are a style statement rather than just a necessary appliance to be hidden in the closet. Do people pay more for Dyson because of its performance or because it looks so damn cool? 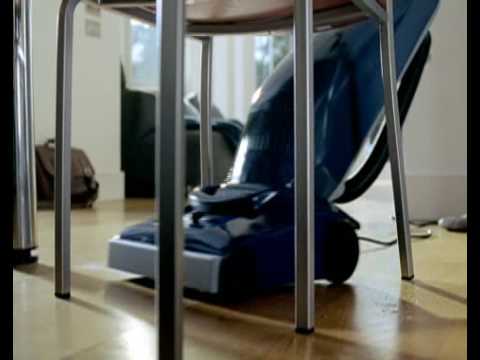 Another example of doing more marketing-wise with style than substance is Method cleaning products. Who cares about hand soaps? Well people suddenly began to when Method starting putting their soaps in cool tear-drop-shaped bottles with a trendy eco-friendly approach. Performance of the product doesn’t even come into play with this strategy. Not that Dyson or Method don’t outperform their competition – it’s just that they don’t even need to make that claim.

There are an increasing number of examples of viral marketing campaigns taking on a life of their own beyond their product – especially those using YouTube. Think about the Old Spice guy. His most popular commercial has over 33 million views on YouTube . The Most Interesting Man in the World campaign for Dos Equis would be another example. Obviously, men’s deodorant and beer are products already widely discussed but the lesson can still apply: a following can be created for entertaining marketing on its own – regardless of the product – if the entertainment is compelling enough.

Enterprising marketers can even create a contest where consumers can submit their own homemade commercials for prizes or cash. Doritos and Pepsi did this for the Super Bowl. Being funny doesn’t take a whole lot of money. If you can make something that’s good, the marketing will take off via word of mouth and social media links. For more examples of viral marketing, check out this list of famous viral marketing examples. Think about ways to get people talking and eventually it just may be your product they’re talking about.

Marni Mutrux is a content manager for V2Cigs, which offers an innovative electronic cigarette, a newer non-smoking alternative. She blogs at the V2Cigs Blog.

Don’t miss out on free marketing advice. For updates on new articles: Receive The Marketing Spot by Email or subscribe in a blog reader.