It’s important not to be the same. But how do you get your brand to stand out, to break from the pack? 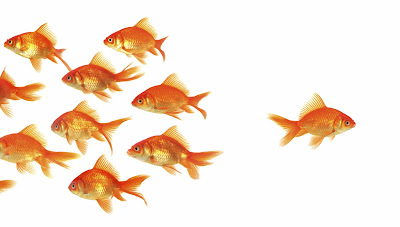 Oren Harari is my new favorite guru. I know, I know, he’s been around for quite a while but I just found him a couple of months ago and interviewed him for a podcast. You should listen to it, because he has some profound observations on branding a small business: Break From the Pack

That’s also the title of his notable book on how to compete and win in a copycat economy.

The first step to gaining business individualism, is understanding why you are mired in the pack. From Chapter Two of Oren’s book, here are nine compulsions that will keep you in commodity hell. Stop doing them.

Harari encourages you to use unconventional wisdom in gaining a brand that is separated from the pack. That’s what the rest of his book is about. You can buy it on Amazon here: Break From the Pack: How to Compete in a Copycat Economy

Let future articles from The Marketing Spot come to you by subscribing here: Subscribe by Email or